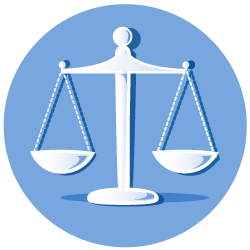 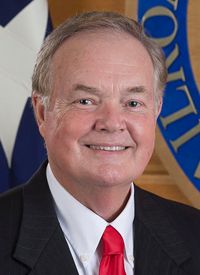 A lifelong conservative businessman, Wayne Christian was elected as our 50th Texas Railroad Commissioner in November 2016.

Since taking office, Commissioner Christian has been appointed by Governor Greg Abbott to the Interstate Oil and Gas Compact Commission (IOGCC) as the Official Representative of Texas. The IOGCC is one of the oldest and largest interstate compacts in the nation, formed over 80 years ago when several states joined together to resolve common issues in the industry without federal intervention.

Christian graduated from high school as valedictorian, and went on to graduate from Stephen F. Austin State University with a B.B.A. in General Business in 1973. After college, Christian found success in the music industry with his country/gospel band, the Mercy River Boys and went on to be finalist for a Grammy Award in 1979.

In 1996, Christian was elected to the House of Representatives as the first Republican elected from Deep East Texas since Reconstruction after the Civil War. During his time in the House, Christian was a leader for the conservative renaissance in the State of Texas and successfully assisted in the fight to elect a Republican majority in the Texas Legislature.

Christian served as Vice-Chair of Regulated Industries and as a multi-term member of the Energy Resource Committee. On these committees, he had direct oversight of the Railroad Commission and accumulated a strong record of standing for free markets and against burdensome regulations.

Christian will continue to fight to ensure the public is protected from bad actors and that all decisions are consistent and predictable to give a sense of certainty to the thousands of business owners and operators who regularly deal with the Railroad Commission. All regulations should be based on sound science and not speculation.